“There Is No Turning Back” – Hugo Chavez
U.S. Hands Off Venezuela! – Solidarity with Venezuela People
in Vancouver Continue…

While the rain poured down on February 5th, as it usually does in Vancouver, the sidewalk in front of the U.S. Consulate was lit up with the magnificent yellow, red, and blue of the Venezuelan flag as protesters gathered to demand “US Hands Off Venezuela!” This was the 3rd monthly picket action organized by Fire This Time Venezuela Solidarity Campaign in defence of Venezuela and the Bolivarian Revolution, and it certainly was the loudest as energetic chants of “Chavez Vive, Maduro Sigue!” (“Chavez lives, Maduro Continues!”) resonated through the busy streets of Downtown.

Speakers at the picket showed a wide range of solidarity and unity with Venezuela and included Alison Bodine, editorial board member of Fire This Time Newspaper, Azza Rojbi, executive member of Mobilization Against War & Ocupation (MAWO), Tamara Hansen, coordinator of Vancouver Communities in Solidarity with Cuba (VCSC) and David Whittlesey, a veteran of the civil rights and anti-Vietnam war movement. After the picket action, protesters marched with banners and picket signs in tow to the Vancouver Art Gallery as part of a public outreach campaign to continue their show of support for the Venezuelan people in their struggle against U.S. intervention.

Following that event, on February 28th, Fire This Time participated in a very different but equally important action in solidarity with Venezuela. An online seminar titled “Venezuela’s Bolivarian Revolution Webinar: A Revolution Worth Our Solidarity” and organized by Venezuela Strategy Group, brought dozens of activists and participants from across the U.S. and Canada together via the internet to discuss the current situation on the ground in the wake of January’s electoral take-over of the legislative branch by the US-backed right-wing opposition and about the social and economic gains made by the people of Venezuela since the election of Hugo Chavez and the necessity to continue to defend those gains.

Featured Speakers included Carlos Ron - Minister Counselor of the Embassy of Venezuela in the US; James Early - former Director of Cultural Heritage Policy at Smithsonian Institution Center for Folklife and Cultural Heritage; Gloria La Riva - coordinator of the newly-formed Cuba and Venezuela Solidarity Committee in the U.S.; and Gregory Wilpert - long-time solidarity activist, journalist, sociologist, and author. Throughout the seminar there was an inspiring sense of struggle with a focus on building a stronger and more united movement in Solidarity with Venezuela.

It has now been three months since a U.S. supported right-wing National Assembly took office in Venezuela with a majority in parliament, and on March 3rd 2016, Obama once again unjustly declared Venezuela, and the Bolivarian revolution, to be an “extraordinary threat to the national security and foreign policy of the United States” by renewing an Executive Order against Venezuela that the White House first issued one-year ago. At this time it is more important than ever to come out to the streets and show our solidarity and support for the Venezuelan people by continuing to demand “U.S. hands off Venezuela now!” 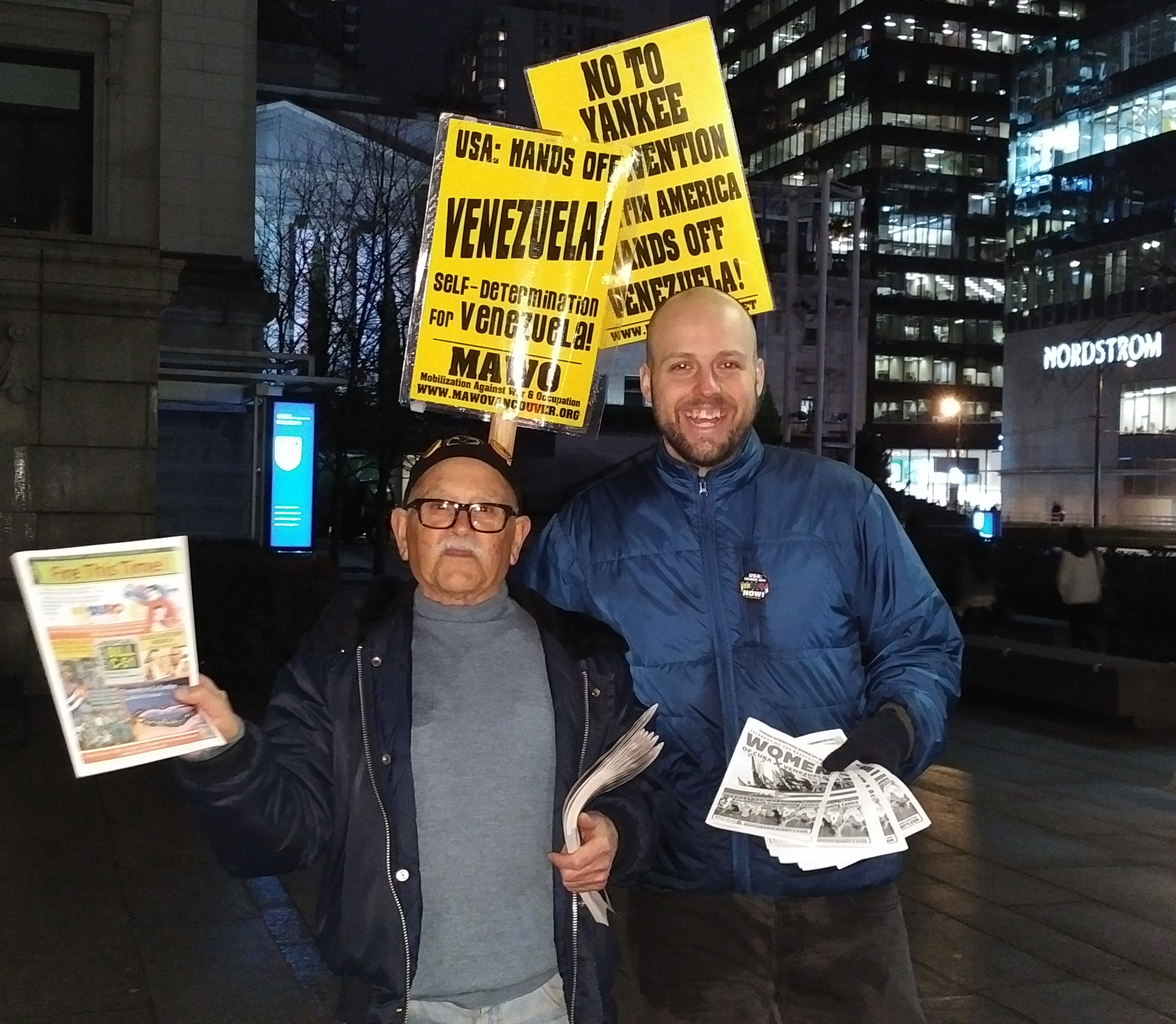 Match 5th also marked the 3rd anniversary of the passing of Comandante Hugo Chavez, and it is with his example of spirit and unwavering vision for a better world that Fire This Time urges all peace loving people in Vancouver to join them on Friday March 11th, 2016, for two important actions in solidarity with Venezuela:
1>> PROTEST ACTION: U.S. Hands Off Venezuela!
4-5pm, U.S. Consulate (1075 W. Pender St. at Thurlow St. - Downtown Vancouver)